Ludwig Mies van der Rohe’s observation that “less is more” has come to define the Modernist doctrine in architecture, whereby buildings and their components are reduced to simple forms expressed by geometry, largely devoid of ornamentation.

What to look for in a Modernist building:

Explore these galleries from the RIBA Collections illustrating the main features of Modernism. 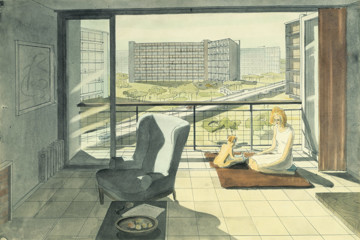 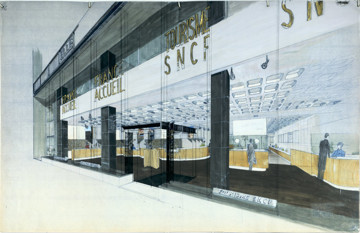 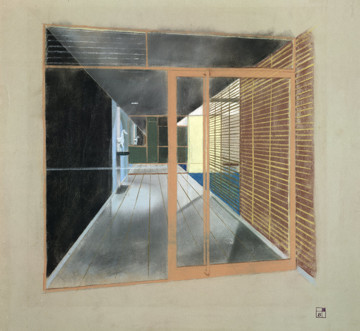 Design for the interior of a tourist office, Piccadilly, London, showing glass doors leading to a room beyond 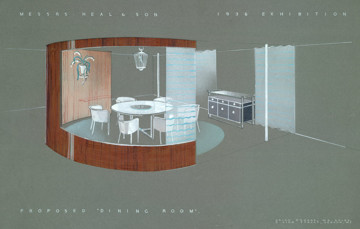 Proposed design for a dining room for Messrs Heal and Son, 1936 exhibition, London 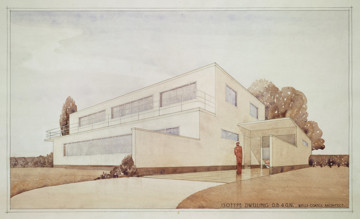 Design for an Isotype dwelling: perspective view of the house, garage and driveway 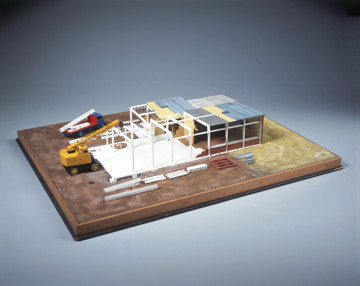 RIBA28532
Goldfinger, Erno (1902-1987)
NOTES: Goldfinger invented his own prefabricated concrete system for the building of Westville Road Primary School and Brandlehow Road Infants School. A crane moved across a concrete platform, dropping the uprights into holes prior to positioning the cross beams into the grooves, as demonstrated in this model. 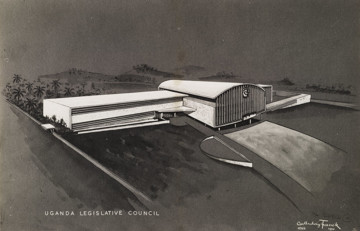 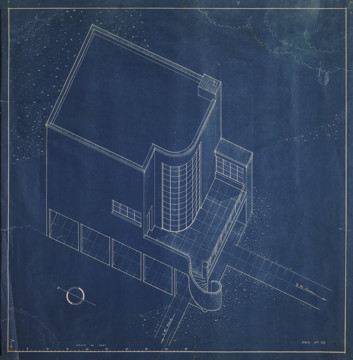 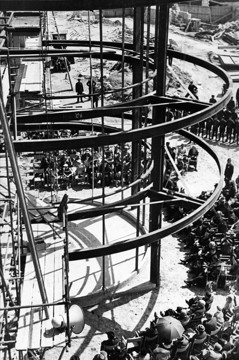 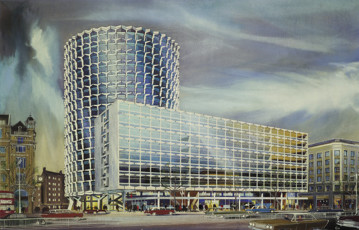 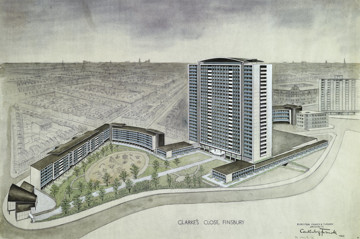 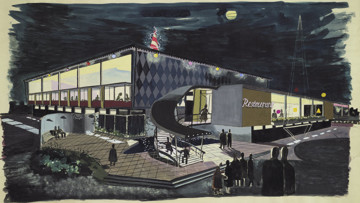 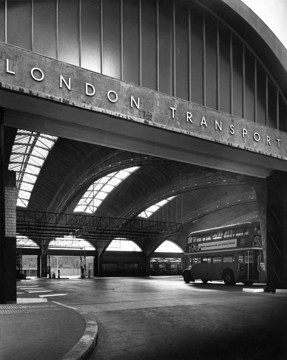 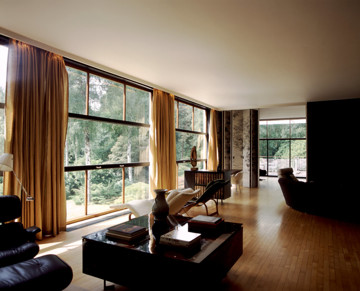 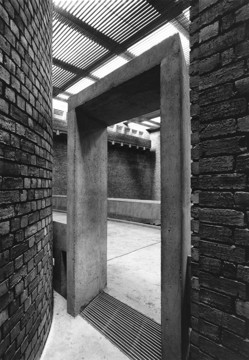 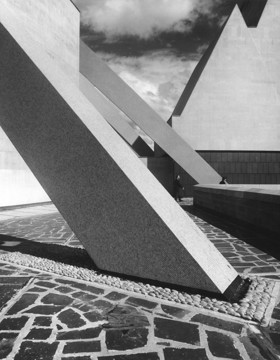 Metropolitan Cathedral of Christ the King, Liverpool: paving detail and the junction of the flying buttresses with the outdoor podium

RIBA48719
Frederick Gibberd & Partners
NOTES: This building comprises three independent types of structure: an in-situ reinforced concrete frame which holds together the main body of the cathedral; the sixteen load-bearing brick or concrete perimeter buildings, and the flat slab of the outdoor podium supported by concrete columns of load-bearing brick walls. 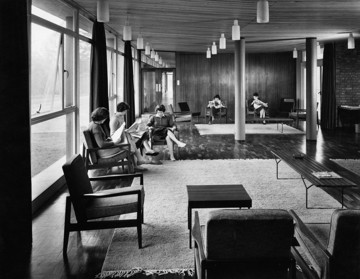 RIBA49571
Basil Spence & Partners
NOTES: The University of Southampton gained full university status with the granting of its Royal Charter in 1952 after which student numbers swelled. Basil Spence was commissioned in 1956 to draw up the masterplan for expansion of the campus and was responsible for many of its faculty buildings and halls of residence. 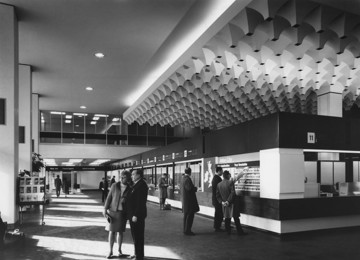 RIBA49845
Moorcroft, R. L.
NOTES: This modern complex of buildings replaced the original Euston Station, designed by Philip Hardwick, which opened in 1837 and was demolished in 1961-1962.
Categories
)